It’s been four years since Andrea Ramolo released her first indie folk album Thank You for the Ride. And it definitely HAS been a ride — Andrea has criss-crossed Canada playing more than 600 shows since that record was launched. Her sophomore album, The Shadows and the Cracks, produced by Tim Thorney, granted her a 2011 Canadian Folk Music Award Nomination for New/Emerging Artist. The CD was supported by FACTOR, released on Thorniac Records, and is being distributed by MDM/EMI Music Canada.

The album demonstrates a sensitivity and strength, with honest tales of love, longing, sorrow, and human relationships - many of them inspired by “the ride.” Andrea’s gritty voice — softened occasionally by the vulnerability that comes from road-weariness and the distance from friends and family — is both unique and memorable; some of the best session players in Canada provide powerful support.

Most recently, Ramolo is one-half of Canada’s new exciting female-led duo Scarlett Jane, alongside bilingual songwriter and fellow road-warrior Cindy Doire. The new project has granted the songwriters much attention nation wide and they have become CBC favourites. They recently returned from a successful five country tour of Europe and their debut album ‘Stranger’ granted them two Canadian Folk Music Award nominations for Best Vocal Group and Best Emerging Artist as well as a 2012 Toronto Independent Music Award nomination for Best Folk/Root Group.

For the past handful of years, Andrea’s home has been her van and the road has been her destination. Playing shows from Newfoundland to Haida Gwaii and up to the Yukon certainly warrants Andrea her reputation as one of Canada’s most tireless road warriors. Musically, she’s been described as the antidote to too much Joni Mitchell, a tougher Dolly Parton a sexier Janis Joplin, but she has a soulful and sultry sound that’s all her own. There is an intimacy in her music that is both candid and unapologetic. Her beautifully woven narratives and raw delivery pull you in, force you to smile, break your heart, and mend it all over again. She’s a born performer and has been described as fearless, emotional, and confident. And you may even catch her tap dancing at one of her live shows.

Andrea has lent her vocal talents to recordings for Martha and the Muffins, Cindy Doire, Sarah Burton, and The Strip; has opened for Stacey Earle, Fred Eaglesmith, Angel Band, ‘Law and Order’s Jeremy Sisto, and more; and has shared the stage with some of Canada’s best, including Linda McRae, Colin Linden, The Beauties, Joel Stewart, Justin Rutledge, The Sadies, and Colin Cripps. In 2009, she won the Toronto Exclusive Magazine awards for Best Female Folk Artist, Best Folk Album, and Best Blues Song. She was a guest speaker at the 2009 Ontario Council of Folk Festivals Conference in Ottawa on booking your own tours; showcased at the American Folk Alliance via the Sweet Beaver Suite in Memphis; and has recently returned from a successful full band album release tour coast to coast that was supported by the Canada Council for the Arts. 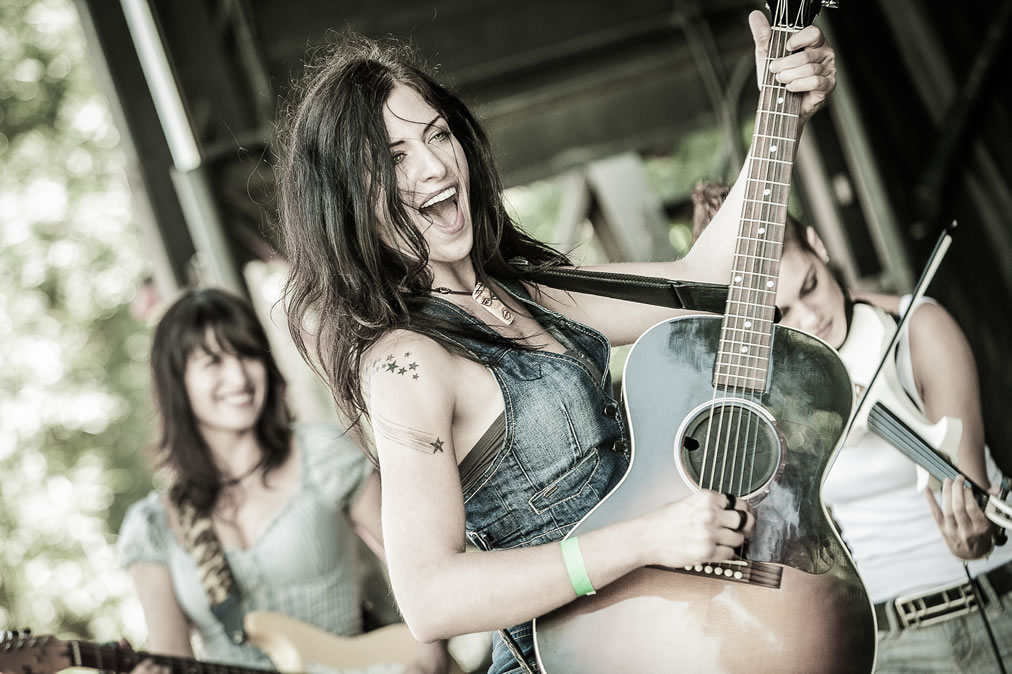